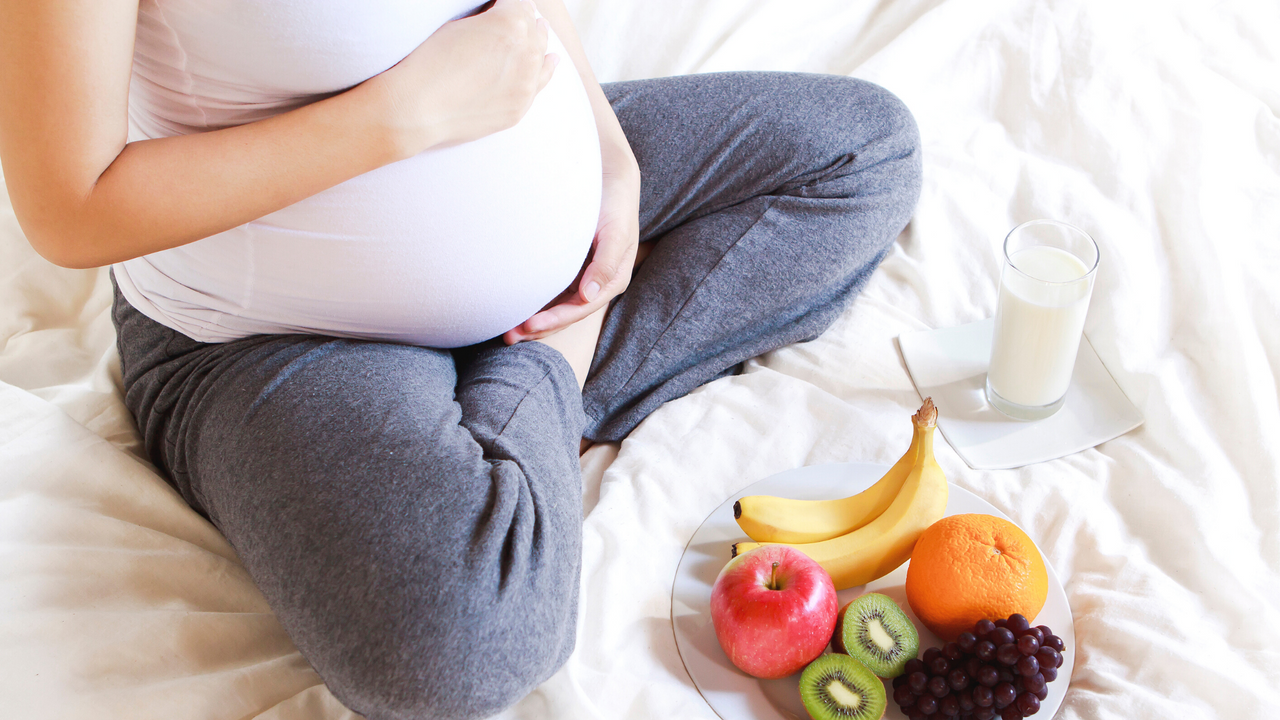 Did you know that many pregnancy failures can be avoided by making important lifestyle changes during the periconceptional period?

What is the periconceptional period?

Researchers define this as the span of time that lasts a total of 5-6 months. It starts in the 3-4 months PRIOR to ovulation, when the egg cells begin to undergo their final maturation processes. And it lasts until 2 months after conception, or around week 10 of gestation.

Now it is true that as women age, egg quality tends to decline. But most women are under the impression that they are powerless to change egg quality. However, that is actually far from the truth.

It turns out that egg quality is tremendously impacted by lifestyle changes during that 3-4 months prior to ovulation. So this means what you do in the 3-4 months before you start trying to achieve is really important.

But periconception lifestyle changes are important not only for fertility but also for the health of your future children. One of the ways we know this is the classic study done by Dr. Randy Jirtle.

What is Dr. Jirtle’s classic study?

Dr. Jirtle is particularly fascinated in the fetal origins of disease susceptibility. In his classic study, he started with pairs of fat yellow mice, known to scientists as agouti mice. These mice carry a gene that makes these mice fat, have yellow fur, and prone to getting cancer and diabetes.

Typically when these agouti mice reproduce, the offspring are identical to the parents. However, in his study, Jirtle changed the maternal diets and had a surprising result. 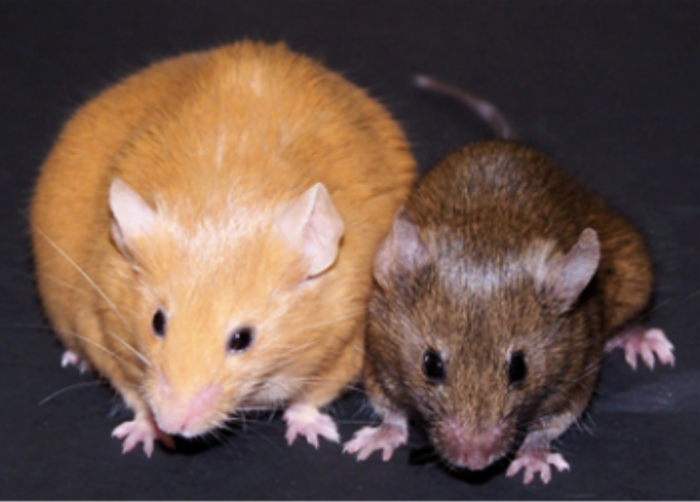 The mother of the obese yellow mouse on the left was fed the typical mouse diet before and during pregnancy.

Whereas the mother of the brown and lean mouse on the right was fed a diet that promoted methylation before and during pregnancy. Interestingly, this brown mouse had decreased risk of getting cancer and diabetes, and had much longer lifespan compared to the typical agouti mouse.

What is astounding is that both the mice pictured above are genetically identical! But their health outcome is quite different simply due to changes to their mothers diet during the periconceptional period. It is important to remember that this period started BEFORE these mice were conceived.

We just learned that a maternal diet that promotes methylation can have a profound positive impact on a baby’s health. But what is methylation?

Methylation refers to a reaction where a methyl group (composed of 1 carbon and 3 hydrogens) is added. 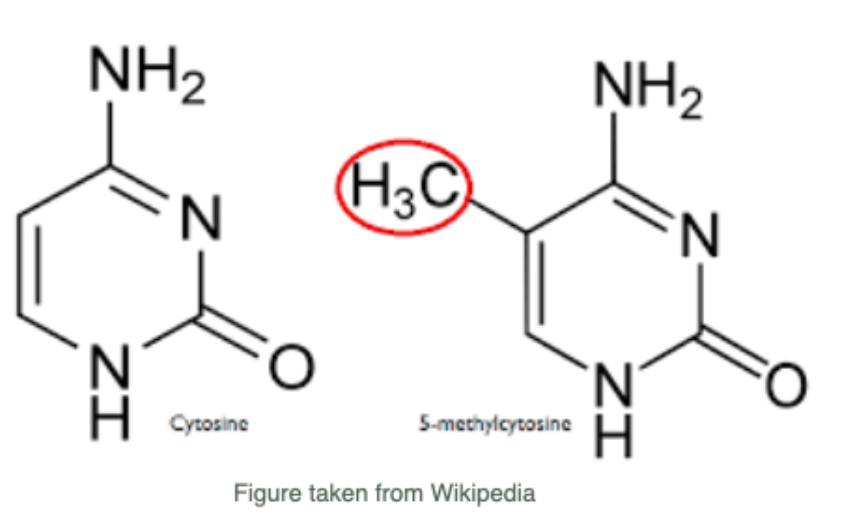 The image above provides an example of methylation, where a methyl group ( -CH3) is added to cytosine, which is one of the bases of nucleic acids involved in our DNA.

Why is methylation important?

A little known fact is that not all of our genes are active all the time. Methylation of our DNA is one way to turn off the expression of genes.

Scientists thus far have noted a connection between DNA methylation abnormalities in various birth defects. These defects include neural tube defects such as spina bifida and congenital heart disease (where there is one of more problems with the heart’s structure that exist since birth).

There is also research suggesting that decreased levels of methylation is associated with recurrent pregnancy loss.

What is a diet that promotes methylation?

Let’s talk about what foods can improve fertility and promote baby’s health!

It turns out that folate, vitamin B6, and vitamin B12 are all vital cofactors in the process of methylation. So a diet that promotes methylation is one that is either high in these vitamins, or high in other compounds that can act as a methyl donor, such as betaine and choline.

Foods that promote methylation and can improve fertility include:

✿ Dark leafy greens: examples include kale, spinach, and collard greens. These leafy greens are great sources of folate and B vitamins.

✿ Cruciferous vegetables: besides being great for detoxification, cruciferous veggies such as cauliflower, broccoli, cabbage, and bok choy can also help with methylation due to their sulforaphane and folate content.

✿ Beets: Beets are a good source of betaine, a methyl donor. Both the beet root and the beet leaves can be used. There are studies showing that embryos supplemented with betaine have fewer birth defects including congenital heart defects.

✿ Seeds: Seeds are nutritional powerhouses because they contain all the nutrients that promote growth of a plant. Sesame seeds are great sources of choline and folate. Sunflower seeds are particularly high in vitamin B6, folate, choline, and betaine.

✿ Liver Organ Meat: While most people in the West may be turned off by the idea of eating liver organ meat, this meat is commonly consumed throughout Asia. Liver organ meat has high amounts of folate, choline, vitamin B6, and vitamin B12. Since pesticides can interfere with methylation, it is best to get organic sources such as organic grass fed beef liver or organic free-range chicken liver. However because of the vitamin A content in organ meats, pregnant women should eat organ meats in moderation so as not to exceed the recommended upper intake level of 10,000IU of vitamin A per day.

So remember, YOU have the power to boost your fertility and the health of your future children by choosing to eat food that can improve fertility starting at least in the 3-4 months prior to conception.

And if you would like to learn more about secrets to getting pregnant naturally that the IVF industry does not want you to know, register for my free mini-course now!

Written by: Elisa Yao, M.D. who is passionate about helping couples get pregnant naturally, having personally experienced infertility herself and was later able to achieve successful pregnancy despite being of advanced maternal age. She is board certified in Integrative & Holistic Medicine and has training in Natural Procreative Technology (NaPro). She has a holistic fertility clinic in California, where she helps couples by using her unique background in functional medicine and NaPro.

Be the first to know about workshops, new program updates, special offers, and more.

We hate SPAM. We will never sell your information, for any reason. 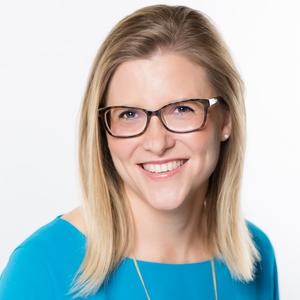 I teach busy women to manage their menstrual cycles, reclaim their reproductive health, and optimize their wellbeing.

Get more tips to manage your fertility!

Be the first to know about workshops, new program updates, special offers, and more.

If you choose to provide us with your email address or any other personally identifiable information, we will use it only to send you our newsletter or respond to your query. If you choose to unsubscribe from the newsletters, you’ll stop receiving any newsletters.